I’m not really the kind of person who feels celebrating an anniversary is important, so I ignored when WordPress congratulated me for one year of blogging. However; I really want to let you know I’ve been writing stuff in here for 13 months!

when nobody else is around.

The call is just another sigh

None will get any sleep,

none until we’ve devoured our skins.

I found this inspiring story from a boy in Málaga and I strongly recommend the following video to everybody. He can teach us a very valuable lesson

So, it seems they have dug up Miguel de Cervantes today, in a long known quest to find his corpse so the greatest novelist in Spanish language of all times can actually be exposed to everyone

END_OF_DOCUMENT_TOKEN_TO_BE_REPLACED

It is not the where, it might be the how or the with whom I am going to certain places

END_OF_DOCUMENT_TOKEN_TO_BE_REPLACED

Nothing is harder to move than a person’s wrong ideas

Humans are anatomically designed to change-up their minds, equipped with a plastic brain that allows top performance. However; we don’t like changes.

END_OF_DOCUMENT_TOKEN_TO_BE_REPLACED

If I had a year out and could spend it somewhere studying, I’d be in a great trouble…

END_OF_DOCUMENT_TOKEN_TO_BE_REPLACED

An image is probably the clearest source of information for us

A picture is worth more than a million words

END_OF_DOCUMENT_TOKEN_TO_BE_REPLACED

When a man is called by the road, there’s nothing in this world to rescue him. The same old town seems so horribly ordinary that it’s lost its appeal. People tell him the same story once and again, and his mind flies beyond the horizon.

So why doesn’t he flee? There’s always an excuse behind each limitation, and in modern society we’ve learnt how to worry about money, work, time and we have that strange feeling things would go wrong if we’re not here.

Should he be certain that there will always be a place called home, he would depart on an iron horse never to return.

Daily Prompt: Too Big To Fail

Dreams are the motivation of human kind. They represent the inspiration for getting to do things and only those who dreamt, achieved 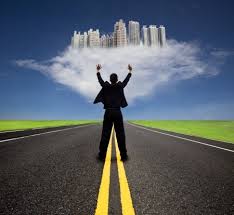 What’s wrong with all the people trying to get me down to reality?