It’s been a bit of a debate lately in Spain and in some other places in the globe this Adele ‘Hello’ cover. The mix of Spanish and English can be a future lingua franca!

Lingua franca is the most important language in a political and historical context. The term is latin, as it was coined when latin was unarguably the lingua franca of the world.

That’s also my school name, as I strongly believe the two languages we teach there will one day join and form Spanglish, something we can see from latinos in USA and llanitos in Gibraltar.

The phenomenon is bigger than what we expect, and many linguist and language experts, authorities we all had to follow for the formality and the good of the language, are openly against this unstoppable wave.

As a language expert and a teacher, I can only observe what’s going on in the streets and I believe we should not judge this. Music is making us a great favour showing what the people think. Culture cannot be stopped, despite the fact it can sometimes come up with some extremely crazy ideas.

Learning languages is the future

Even  though we are living in a globalized world this days and internet is democratizing ideas, the fact that we’re coming to a single lingua franca is not real..

Most websites on the net are in English, this one is an example of how a native spanish speaker decides to express himself in English. However; social media are giving us more and more examples of the languages of the world on the net. The presence of arabic, chinese, japanese, indian languages and many other languages has been increasing dramatically lately.

When it comes to learning a language, and here’s the point that represents the major change of perspective in my recent life, we can choose to learn it to a maximum degree. That was my aim when I started studying English seriously. I could speak English from a very young age, but I decided to know Shakespeare’s language as good as native speakers. I am currently a successful English teacher and I get easily confused with a native speaker on daily basis.

On the other hand it comes what most of my students demand from me, a certain knowledge based on communication. It was not me, but my students who consistently asking me for something fast and effective who actually planted the seed for my intensive Spanish courses.

Communicate and don’t be a master

Karen Rodriguez has represented a great controversy in some Spanish media for several facts. First of all she speaks latin american Spanish, which obviously has a different accent… 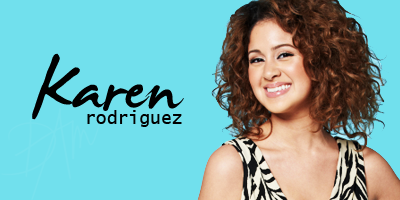 …and uses different words. The same way you can differ British and American English. The old castilian spoken in some parts of Spain is still seen as the most elevated and educated form of Spanish in the world. I must say it is the standard, but nothing else than that.

I speak Andalusian Spanish, which is a more evolved form of the language. Christopher Columbus had a crew formed mostly of Andalusians, which was the first step for all the beautiful accents of Spanish we can find in America. The new world came up with new forms of Spanish which are different, not better nor worse, and they definitely enrich the language.

People who want to learn how to communicate and do not have any complex against dialects, accents or whatsoever are the very best learners as they’re open minded individuals who really care about what they’re saying, and not too much about how they’re saying it. That’s a different issue we’ll have to face when we’re dealing with perfectioning the language.

Mixed languages will be a fact in less than a hundred years time, are you ready for the challenge?

I’m under dramatic changes right now. My 21 Spanish! courses are totally focused on the concept of teaching a language fast and leaving some time to the student to develop it, or not, in their daily lives.

Everything has changed right now, and I pity the fool who does not accept this new reality. I still teach academical courses and people can still study for their Cambridge exams in my school, and I definitely think there will always be a place for traditional education.

In addition to what everyone else is doing, we want to accept the new challenge and try to develop something new and more effective for real working people, for real travellers, for real business people and not for students only. It will only be a matter of time to have it in different languages and even different levels so we can help the most people, which is our aim.